In the Press: Texting while Driving 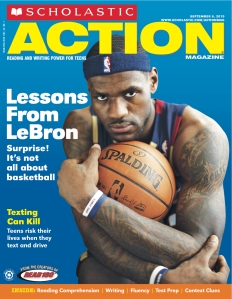 I was quoted in an article about the dangers of texting while driving in the September issue of Scholastic Action, a magazine for teens. Back in the mid-90s, I worked for a government contractor in the area of Human Factors psychology, studying issues of driver distraction. This was before today’s era of widespread text messaging. At the time, the main concerns were around the distracting effects of cellphone use and early forms of navigation systems.

In 2008, almost 6,000 people were killed and half a million were injured in crashes related to driver distraction. Texting is a big distraction. “It’s like driving blindfolded,” says Dr. Geoffrey Steinberg, a psychologist who studies driver distraction. He says texting is especially dangerous for teens. Because teens are newer at driving, they need to be extra careful.

Today in my clinical practice, I often see how pressured adults feel to check and re-check text messages, and how emotionally fraught the experience of receiving (or not receiving) a message can be. I often try to help clients tolerate the distress of waiting. Perhaps there is a merit to a well considered reply, and perhaps even more satisfying to speak in person. The challenge often seems to involve holding on to an internal sense of constancy in a significant relationship, in the absence of repeated reassurance through the phone.

As emotionally intense as compulsive text checking can be while stationary, this is potentially lethal at 65 mph: In five seconds of texting, a distance of 440 feet is travelled blindly. Can we adults take a lesson from 18-year old Madison in the article and, for the duration of a drive, turn the phone off? Perhaps I can extend that challenge to pedestrians stepping off curbs here in NYC.

Tags: media
From: In The Press, Opinion
← New Office Location after Labor Day
Conference: Dating, Mating, & Procreating →
No comments yet